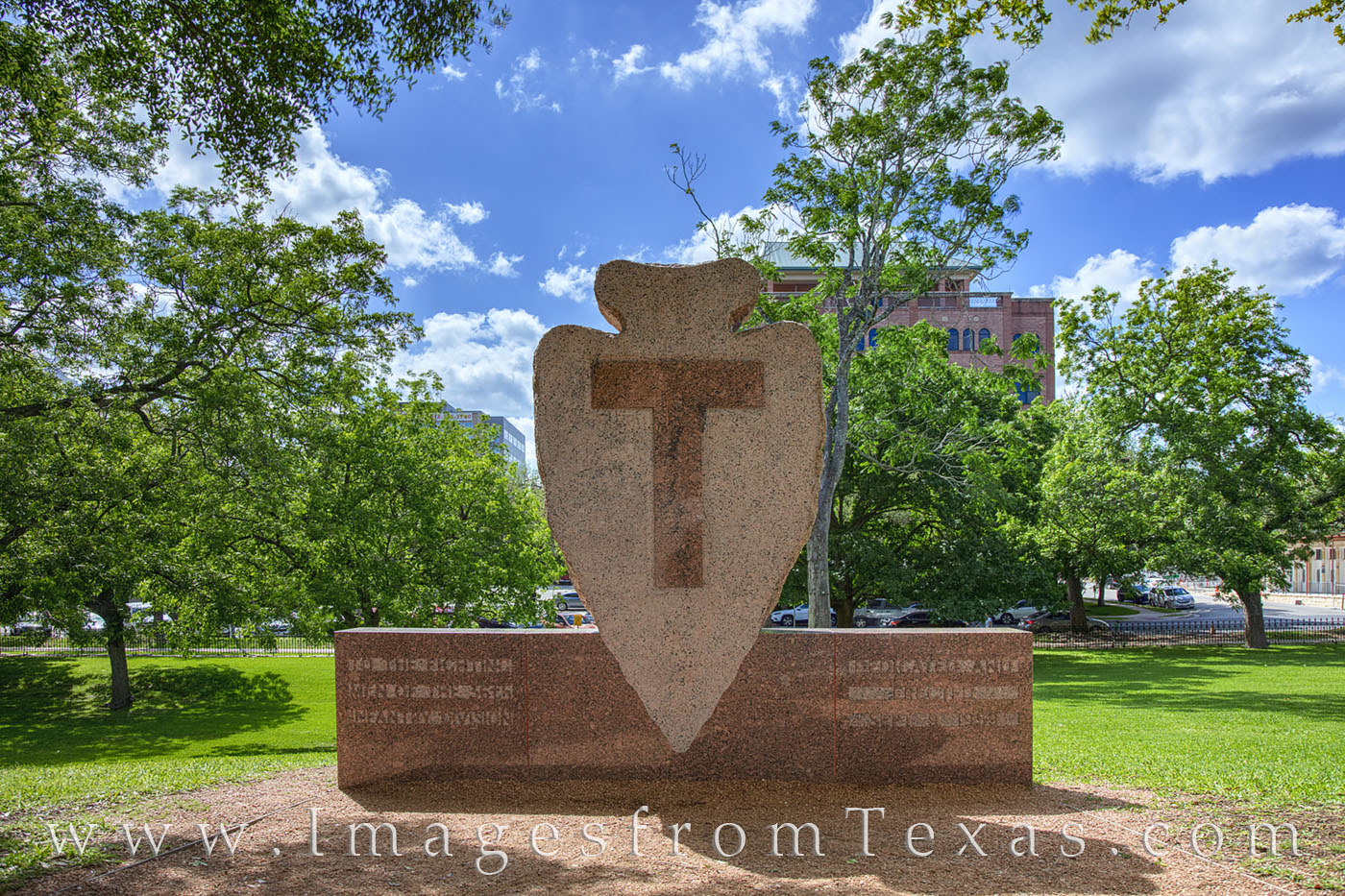 The Texas National Guard Monument was erected in 1959, but the designer is unknown. The monument recognizes the soldiers of the 36th Infantry, Texas National Guard. The “T-Patch” represented the 36th infantry. This group of soldiers freed Rheims, France, in WW1, and became the first American division to land on mainland Europe in WW2 during the invasion of Italy.