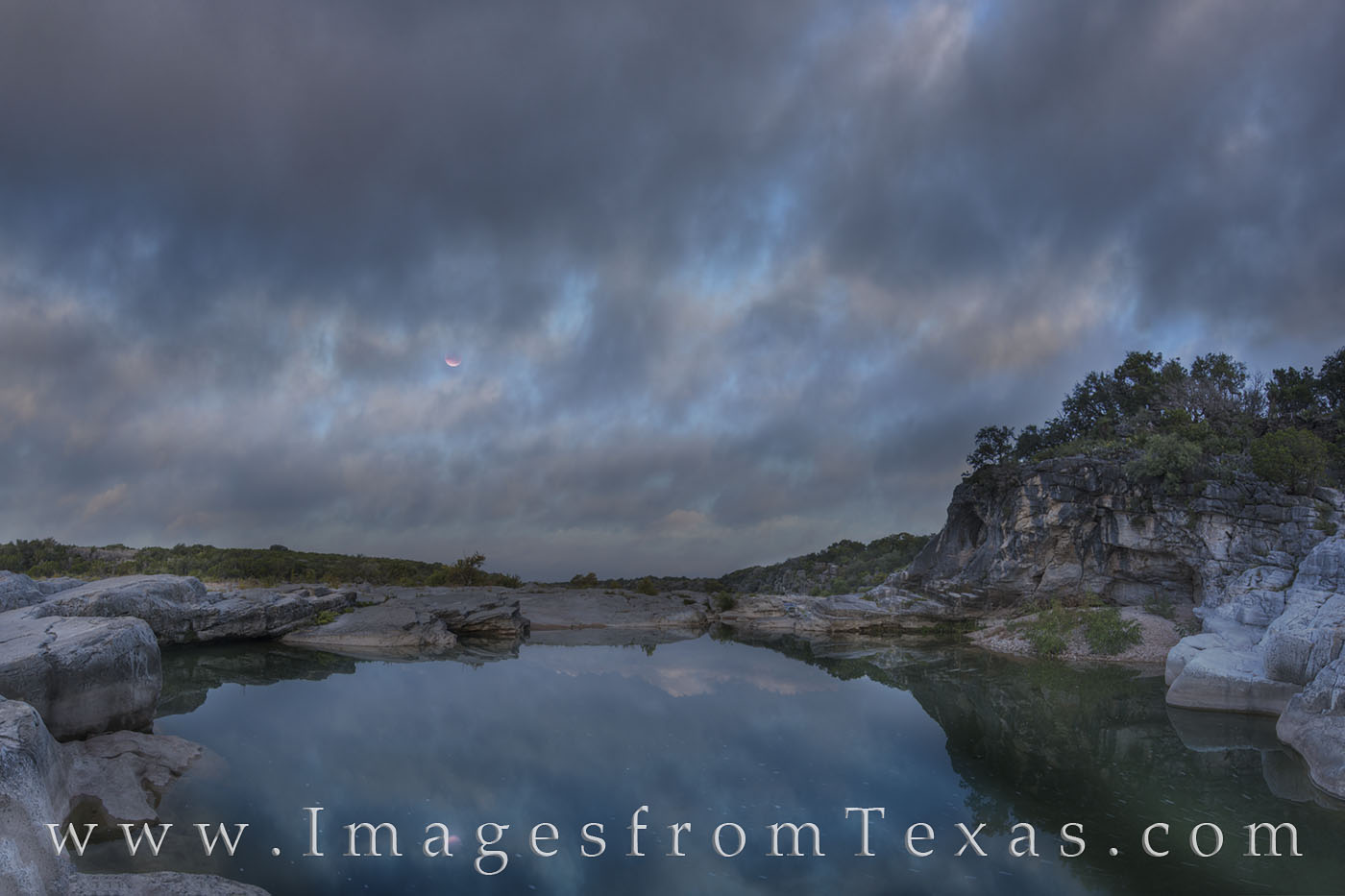 In a rare celestial event, a super blue blood moon sets over the Texas Hill Country - seen here along the smooth water of the Pedernales River
This unusual sight is a combination of three infrequent occurances. First, the blue moon is the second full moon in a month. The blood moon is the result of a lunar eclipse. Last, the super moon is a time when the full moon coincides with the moon’s closest orbit to earth. Scientists estimated this moon would appear 14% larger than the normal full moon.
This image was a blend of two images - one for the foreground - a longer exposure to allow more light to filter in and lighten up the water, rocks, and trees. The second image - that of the moon - was taken at a faster exposure to show the colors and present the moon at is sharpest. This combination of photographs shows the entire landscape the same way our eyes would process this, and the scene was pretty amazing. The disappointing part was the low cloudds, which allowed me to take only four photographs before they quietly covered the moon once and for all as morning the pre-dawn light changed to morning. Photo © copyright by Rob Greebon.