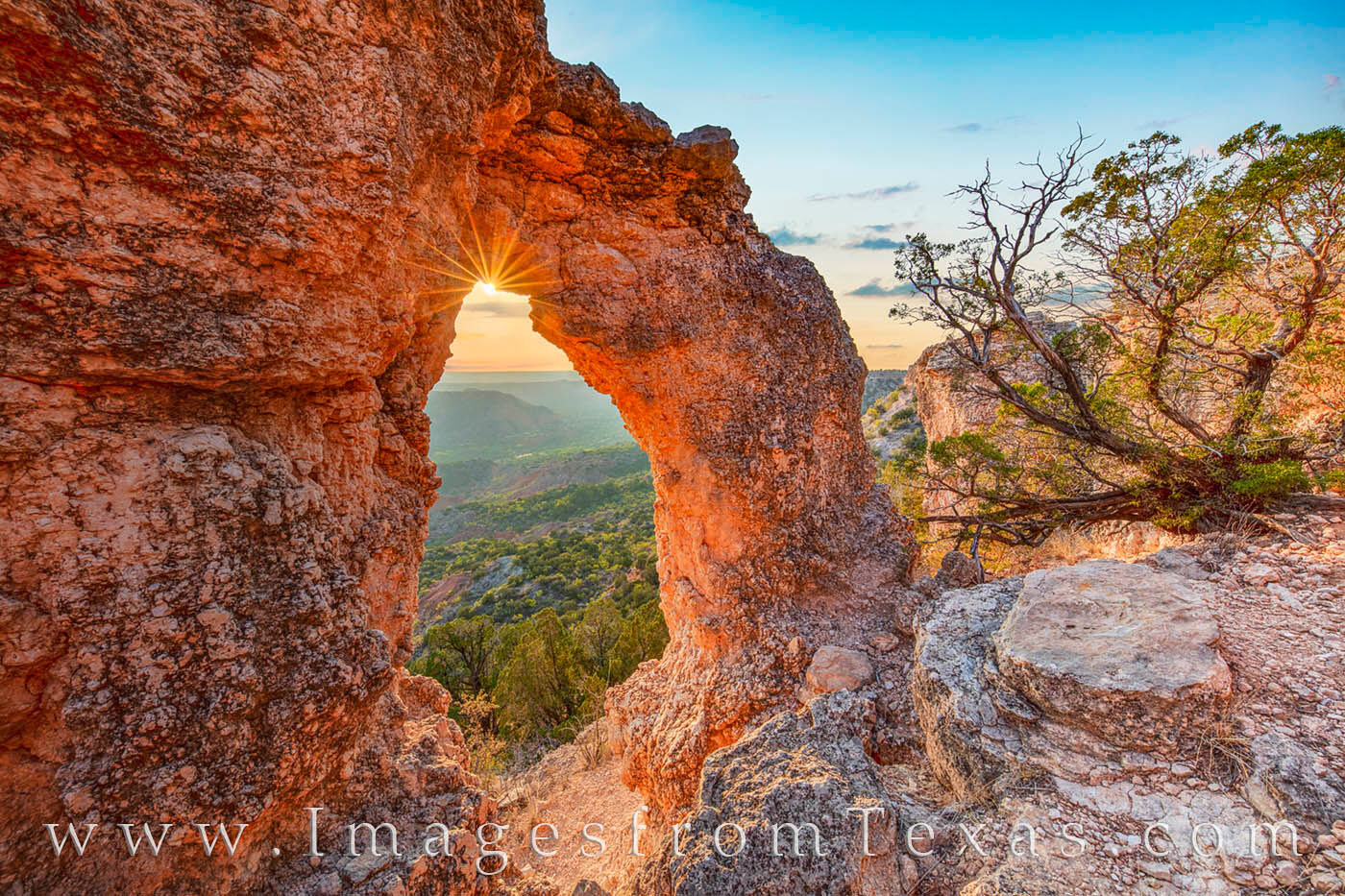 When the Spanish passed through the canyon hundreds of years ago, they called this little know rock formation the “Arco del Aañón de Palo Duro.” I’ve also heard it called the “Alter of Palo Duro Canyon” by locals. Either way, it is relatively unknown and somewhat difficult to find, but sunsets from this area along the East Rim of the Canyon can be spectacular. I was fortunate enough to be guided here by a local. There was some off-trail, uphill scrambling over loose and sketchy rock. I came away with plenty of prickly pear thorns, as did my friend, but the discomfort was worth it to witness this amazing sight. Photo © copyright by Rob Greebon.