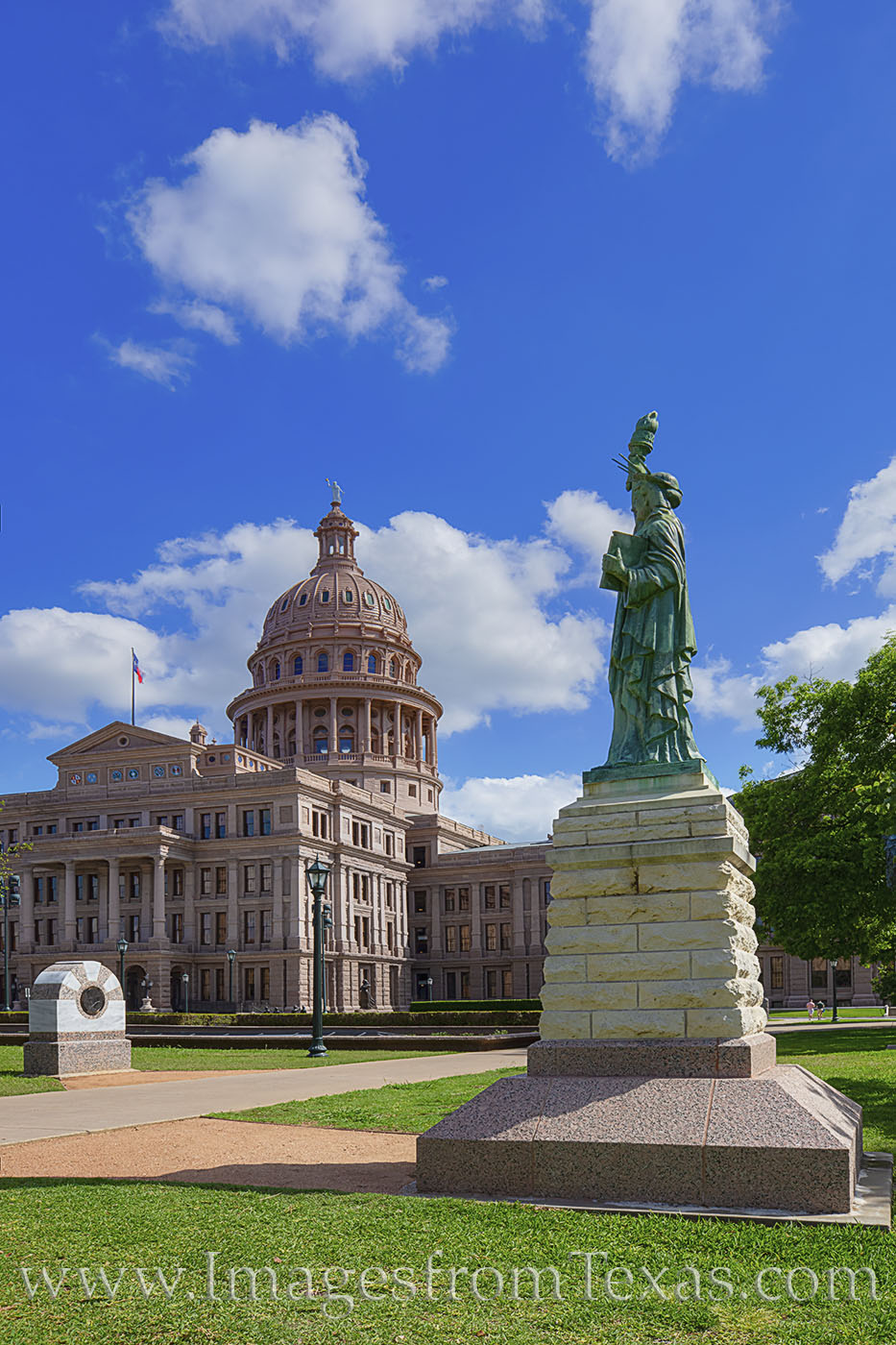 This replica of the Statue of LIberty sits in the shadow of the Texas Capitol on the north portion of the grounds. Cast by the Friedley-Voshardt Company for the Boy Scouts of America, the bronze statue was originally set on the southwest side of the capitol in 1951. In the early 1990s, On the left hand side of the image is the Pearl Harbor Monument, as well.