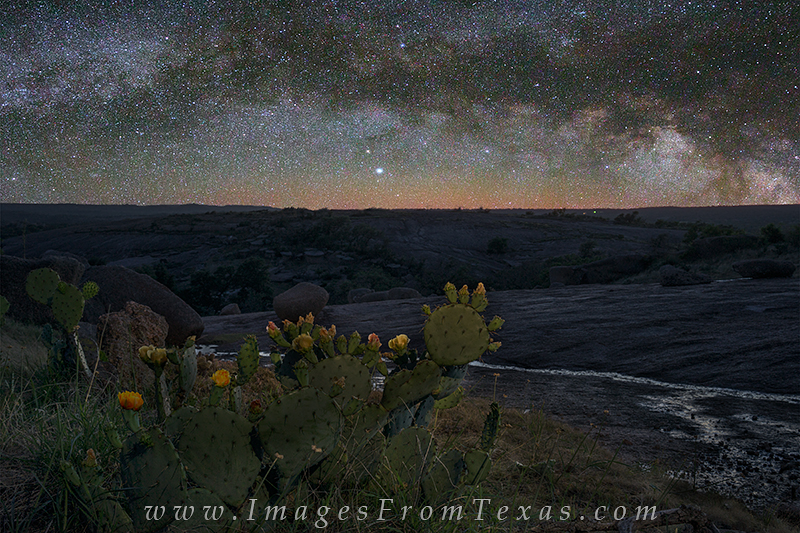 Prickly Pear Under the Milky Way

I knew the nearly full moon would be rising about an hour and a half after sunset, so I had a small window to photograph the Milky Way before the moonlight drowned out the stars. I had scouted this area of Enchanted Rock State Park in the days previous. About an hour after sunset, I focused on the Milky Way, capturing the stars as they began their rise above the western horizon. A short time later, the full moon began to rise. I then focused on the blooming prickly pear cacti, and photographed their colors using the moon's ambient light as well as a soft flashlight to gently brighten up their appearance. Back home, I blended the two images together to capture what I enjoyed that evening. I hope you like it! Photo © copyright by Rob Greebon.