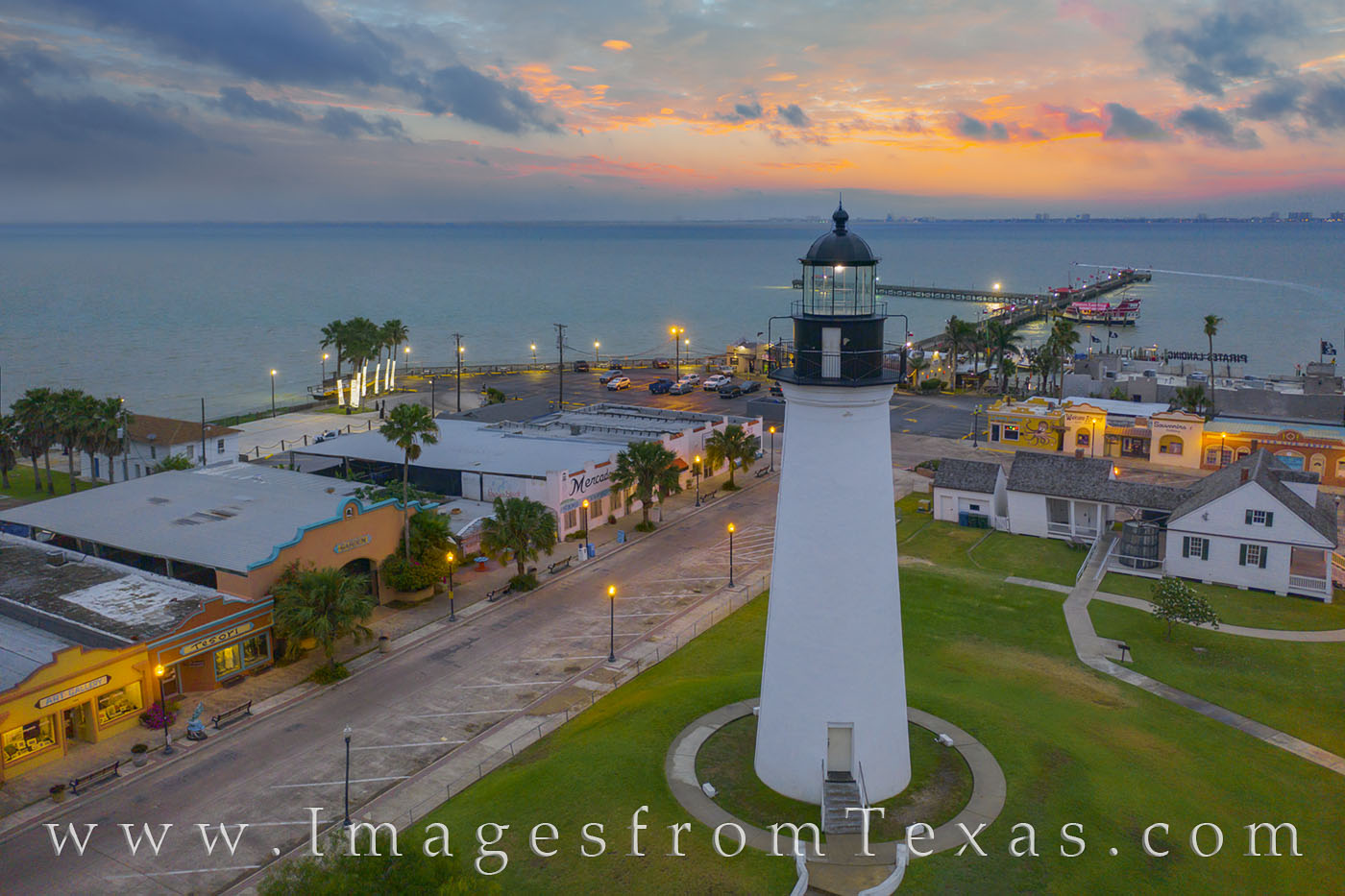 This aerial photograph shows the famous Port Isabel Lighthouse located Port Isabel, Texas. As part of the National Register of Historic Places, the lighthouse’s construction began in 1852 and cost $15,000. The lighthouse served as a beacon at Brazos Santiago Pass. It was occupied by both sides of the Civil War, fell into the hands of a private citizen, and was eventually donated to the Texas State Park Board.

This photograph was taken on an early Sunday morning and shows the lighthouse as well as the bay between the mainland and South Padre Island.