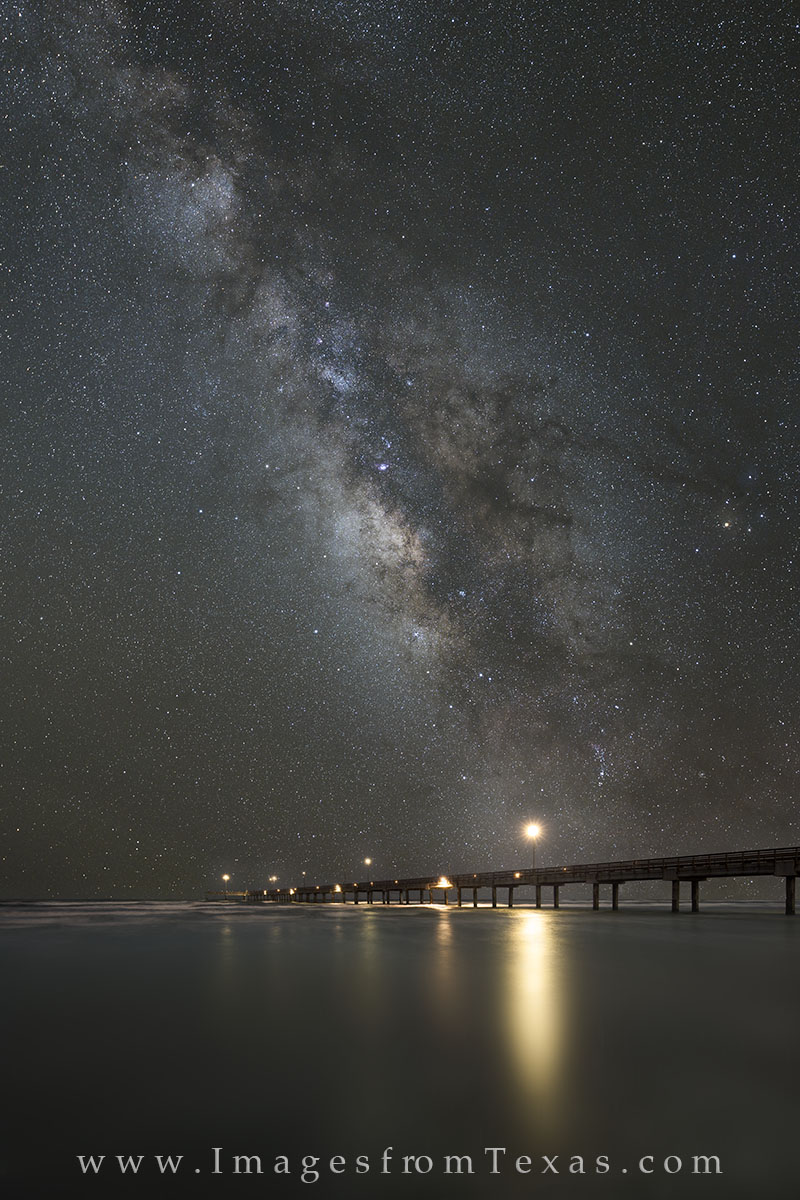 This composite image from Port Aransas is made of two different photographs. The foreground was taken as a long just after sunset as the lights along Caldwell Pier began to light up. This longer shutter spead shows the water as soft and smooth. In reality, the waves were crashing around, some even rolling over my feet and tripod legs. The second photograph, a longer exposure of the night sky using a star-tracking device, shows the milky way in the southern sky as it reaches up from the Gulf of Mexico. The two images were blended together in post processing. Photo © copyright by Rob Greebon.