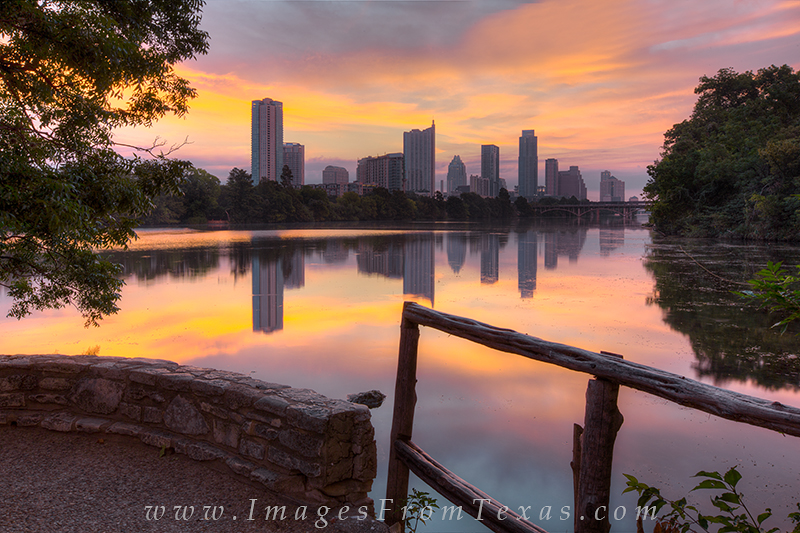 Lou Neff Point in Zilker Park is one of my favorite places to photograph the Austin skyline from Ladybird Lake. This is one of my favorite places in Texas, for that matter. Usually, I crawl over this fence and shoot from down near the water. This time, though, I wanted to try an Austin image with this fence. The sunrise was glorious on this September morning. The colors were amazing and the whole scene had an orange-blue glow. From here, you can see the Austonian, the highest skyscraper in Austin, the Frost Bank Tower (an Austin icon), and the 360 Condos. The bridge in the distance that spans Ladybird Lake is the First Street Bridge. It is hard to find sunrises better than this. Photo © copyright by Rob Greebon.