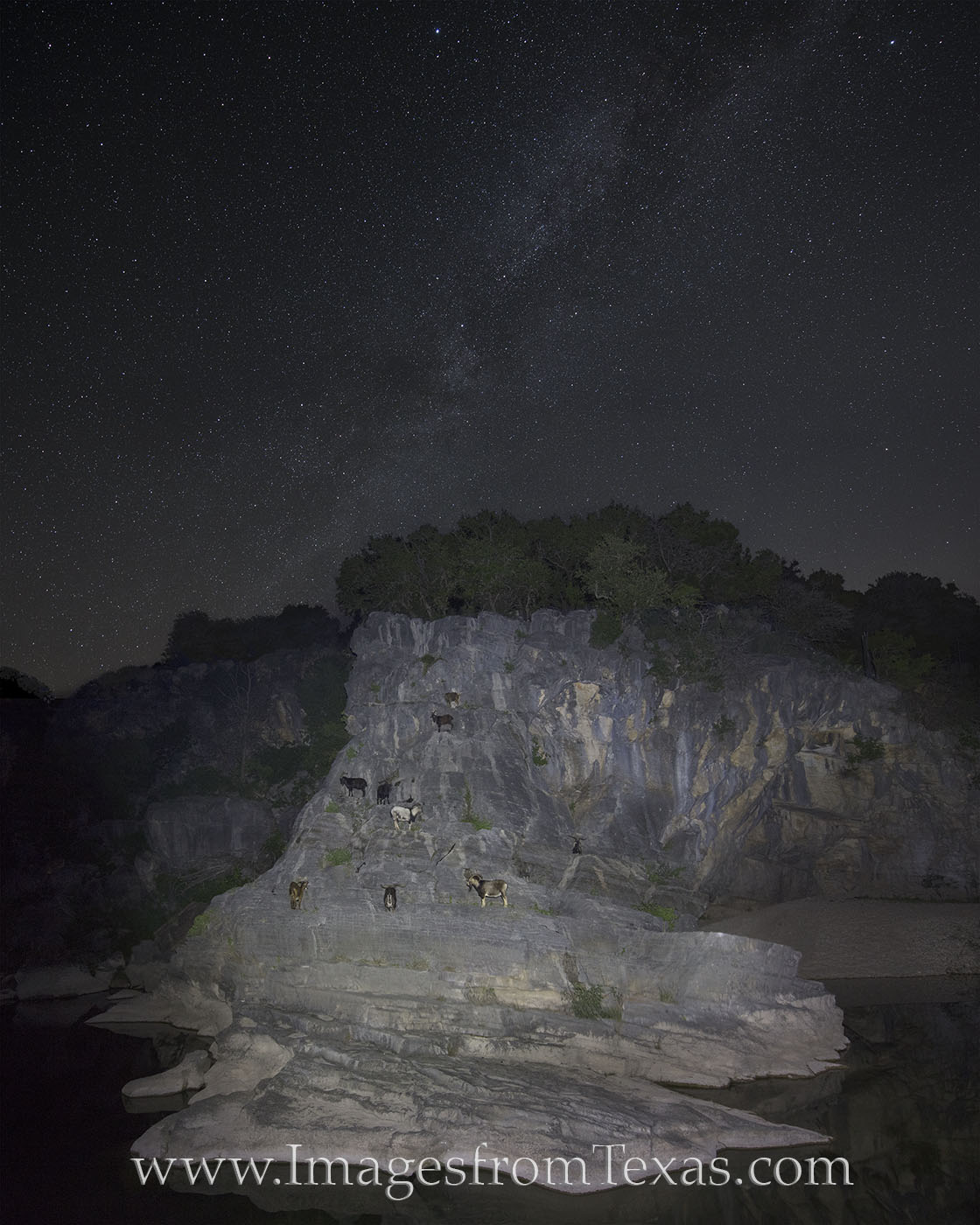 Goats under the Milky Way 1

When I left my house and warm bed at 315am on this morning to photograph the Milky Way, I never imagined I return home with an image I’d title “Goats under the Milky Way.” I was shooting along the Pedernales River, photographing the Milky Way to the south using a star tracker. Over my left shoulder, I kept hearing the cries of goats. After an hour or so, I finally decided to move that direction and check out what was going on. Using a very strong flashlight, I discovered a fair number of goats scattered on the rocks and ledge across the river. They were clearly upset with my presence. I turned my equipment to face this ledge and photographed the Milky Way to the northeast. In this direction, the Milky Way isn’t nearly as bright, but still shows up. The goats kept chattering at me, so I decided I’d used the flashlight I brought to light up the distant rocks. And this image is the result of several attempts to adequately capture this scene. Photo © copyright by Rob Greebon.