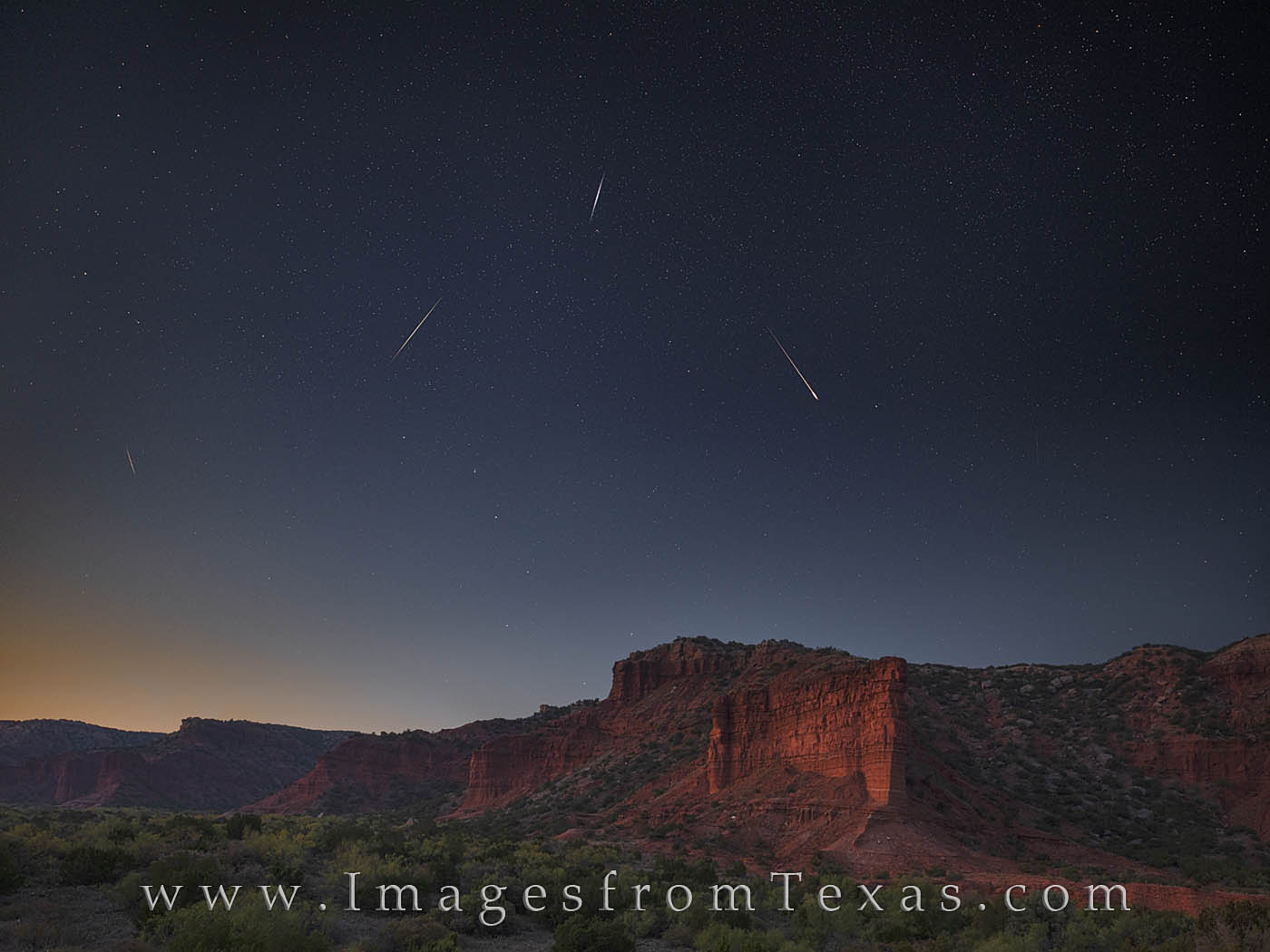 The Draconid meteor shower appears each year in early October. This year found me at Caprock Canyons State Park during his annual event. I set up my star tracker at the South Prong Overlook and let the show begin. The meteors are not nearly as plentiful as other showers such as the Leonids or Perseids, but every once in a while a “wow” moment happes. These three meteors were taken over the course of an hour and blended together to show the amazing view from this remote park. The glow in the west is from the setting sun, as these meteors are best visible just after sunset. Just above the ridge, the faint stars of the Big Dipper can be seen, and higher up to the right, the Little Dipper glow in the darkening northern sky. Photo © copyright by Rob Greebon.