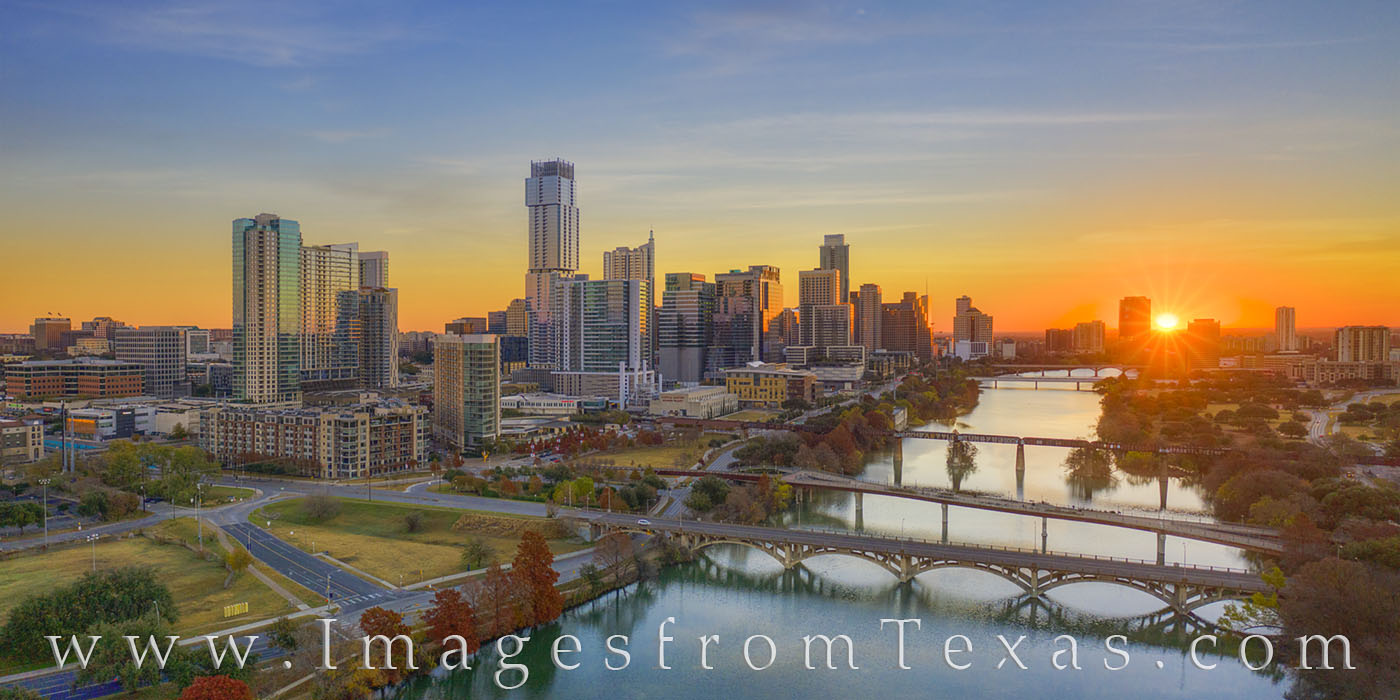 On a cool morning in early December, the downtown area of Austin, Texas, begins to warm in the first light of day. In this aerial image, the panorama shows Ladybird Lake along with the Lamar, Pfluger, First Street, and Congress Bridges that span the water. The skyline rises up, marked by the most recent and tallest addition - the Jenga Tower (formally known as “the Independent.”) Autum colors of red and orange and gold are still promient along the shores, as well. Photo © copyright by Rob Greebon.