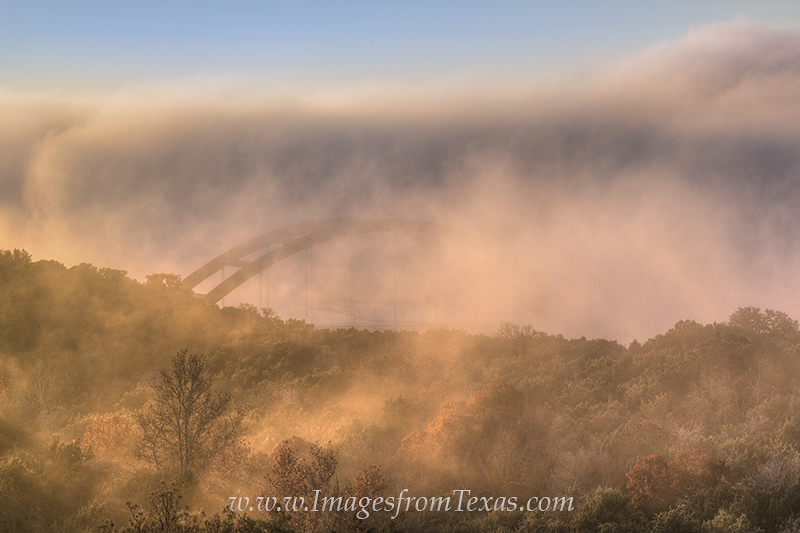 The Austin landmark 360 Bridge was covered in fog on this crisp, clear morning - a rare sight indeed. Over the course of an hour or so, the thick fog began to recede, uncovering small parts of the steel bridge a little at a time, and eventually the distant Austin skyline revealed itself on this orange-tinted morning. Photo © copyright by Rob Greebon.